John Shorten won the Sean Hegarty Shield at Tallow on Sunday after a sensational bowling contest against Mick Hurley of Aghern.

The competition was sponsored by Liam Barry of BH Tree Services and commemorates the late Sean Hegarty one of Tallow’s top bowlers. Shorten now progresses to the Séamus Murphy Cup at Knockanore on Sunday 23. The winner of that will qualify for the John Cronin Cup at Churchtown South on St. Patrick’s Day.

Both players bowled to their limits. There was never more than 25m metres between them from start to finish. Hurley looked to be gaining the upper hand coming to the line, but Shorten produced a big last shot to win it by centimetres.

Shorten opened the contest with a big bowl, which Hurley missed by 15m. Hurley followed with a fine throw to Roseville, which Shorten also beat by 15m. Hurley was at the ashes in three and Shorten beat that by 30m. Hurley gained his first lead with a brilliant fourth bowl to the cottages. His next bowl got a rub to the oak to keep him in a 15m lead.

Shorten regained the lead with a great sixth bowl to The Ranch. Hurley’s next bowl unluckily broke right and Shorten beat it by 35m. They were dead level after eight each to Parkdotia cross. Shorten edged the shots away from the cross. Hurley’s next broke right, but Shorten beat it by just 15m. Hurley played his 12th perfectly, but it broke right and Shorten increased his lead to 25m. Shorten increased his odds with his next to the castle.

Hurley then played a brilliant 14th bowl, which Shorten missed by 20m. Shorten got a nice rub with his second last towards the line, but Hurley still beat it by 20m for the last shot. Shorten played a super last bowl past the line. Hurley followed with a good one too, but it missed the mark by less than a foot.

In the return score at Tallow, Willie Quirke from Clashmore beat Tom Allen from Fermoy by 50m. This was a classic contest too from start to finish. It was a sensational result for Quirke in his comeback score as he had not been bowling for the past two seasons.

Next Saturday the show moves to the Gearagh Road at Ballinacurra near Midleton for the Donal Wall Shield featuring Donnacha O’Brien and Trevor O’Meara. Both bowlers have won national and international recognition at underage and adult level. O’Meara was a protégé of the great Mick Barry and O’Brien hails from Drinagh in West Cork, often seen as the home of road bowling. 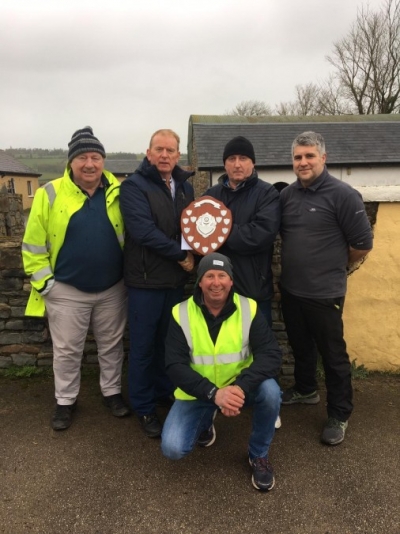