The starting team showed a few changes from our last outing and  Seán Slattery played in goals for what I would expect was  the first time in his career.  We started the first half in a slow manner. Evan put over a few frees before we began to settle. He  added two points from play in this period and with Donnacha and Kevin industrious we went  two points up as we entered the
twenty minute of the game.  Ballyduff orchestrated a goal following on a dropped ball at the edge of the square a minute later.
Mark went on a long solo run that ended with his shot being desperately unlucky to come off the post.He did add two points from play and his switch to the wing emancipated his hurling. As the half ended we were two points up as the scoreline read
Tallow 0-13 Ballyduff 1-8. A few choice words by management at half time seem to have a telling affect in the second half. Ballyduff did score the first few points of the second half but that was their lot for the game. The vibrancy of the left hand side of our attack was the telling factor in our win. Eamonn Forbes ran himself into the
ground. His intelligence use of the ball and the lively Donnchadh Mulcahy piercing runs lead firmly in our superiority. Donnachadhdid reputable damage with his escapades and profited in two points that were very hard earned. His ground stroke on forty
minutes was repelled only for Shane Feeney to pull first time to the net. Our defense settled a lot better in the  second half with
both Noel Condon and Eric Hickey benefiting from positional changes. Evan Sheehan billowed the net from close range on the
fifty second minute and we finished out the game with scores from Eoin and Mark Stewart. Management can feel very happy withour win and it was nice to see us progress with our absentees. There seem a mad rush to run off all the Junior hurling and
football in July so as our yet we should have of league section finished by the end of month.

U20 Hurling and Football  Best of luck to both Ian and Dean Beecher as they play against Tipperary in the Munster Semi Final on Tuesday and to Eoin McGrath as the footballers play Cork on Friday.

Junior Football Game
We are down to play Ballyduff this weekend as of yet we are uncertain of what day it's on. Check out Tallow GAA Facebook and GAA What's App for confirmation.

With both teams short of a number of regulars, it was no surprise that it took a while for this Senior Hurling League semi final to come to life. In fact, after ten minutes the score was 3pts to 2 in favour of the city side. Both Tallow points coming from Thomas Ryan placed balls after hard won frees by Paul O'Brien. A great ball from Thomas Daly found Donnachadh Mulcahy in space and he drove through the heart of the defence but was unlucky to hit the post. This was to prove Tallow's only goal chance in the first period and was quickly punished as De LaSalle goaled in the 13th minute. 4 further points from Thomas Ryan, 2 from frees, saw us leave the field 5 points in arrears. DLS 1-08. Tallow 0-6.

The second half saw both sides trade point for point. Tallow pushed hard to close the 5 point lead and Jordan Henley was unlucky to only get a white flag instead of a green on 59 mins. A goal then would have reduced the deficit to 3pts. But once again after a Tallow goal opportunity, De La Salle punished us with their own strike to the back of the net for the last score of the game to win out 2-14 to 0-12pts.

All in all, this was a good league campaign with some good wins along to reach our first league semi final in a number of years. Attentions and preparations will now be turned back to Championship when we face reigning County and Munster champions in Ballygunner on Sunday 28th July. 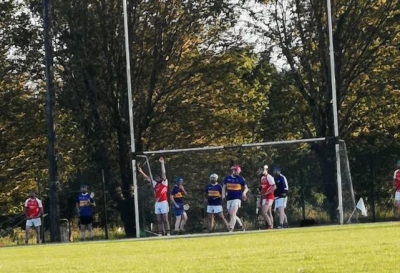 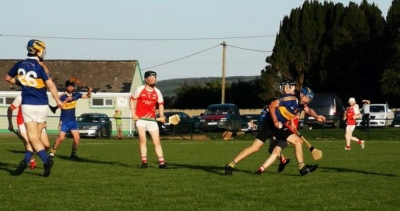