Jackpot €6,800
Our weekly lotto tickets are available to purchase from any of the promoters or any businesses around the town. Please support our local lotto. Tickets are €2

Our senior hurlers were in action in Ballyduff

on Sunday last when they played Cappoquin, hoping to get this year’s championship off to a winning start. Ryan Grey opened the game with a pointed free, followed shortly afterwards by a Cappoquin point to level it up. A sweetly struck point by Thomas Daly, which came from a pass by housemate Bob McCarthy had Tallow up again by the minimum. The next score, a goal, came from the stick of Thomas Ryan. This put Tallow into the driving seat, or so they thought. Tallow 1-2, Cappoquin 0-1. Cappoquin clawed back bit by bit with five unanswered points to put them one ahead. Paul O Brien responded with a point to level the game once again. The scoreboard at half time showed Tallow 1-4 Cappoquin 0-7. Tallow were struck a huge blow just before half time when Thomas Ryan went off with a broken thumb.

The second half was a different story. Tallow only managed to score two points, one from a free and one from play whereas Cappoquin managed to pop over an impressive 11 points. This proved to be the difference between the sides. It was a disappointing performance, one which the boys themselves will want to forget. They need to put in a huge effort to improve on this and we hope to see a victory the next day. 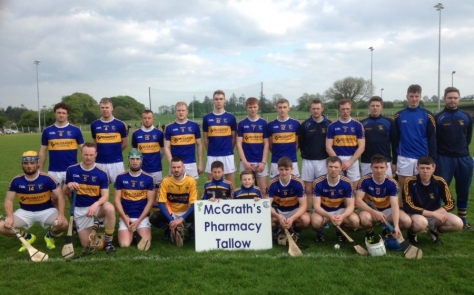 I popped in to the hall on Wednesday last to check out the talented bunch of dancers we have lined up for the Strictly Come Dancing and may I say I was highly impressed. The “swing” was a source of bother for 1 or two contestants but they had it nailed by the end of the session. I think the next day I will have to go prepared i.e with a few gallons of water considering the ground they covered in an hour. The dancers are: Ciara Hallahan, Linda Casey, Jimmy Mangan, Anne Tobin, Michael Delaney, Karen Landers, John Pratt, Veronica Henley, Pat Henley, Jo Henley, Willie McDonnell and Theresa Costigan. M.C on the night is Gerty Murphy, judges are Geraldine Canning, Ken McGrath and Liam Moroney. We have a raffle at half time with some amazing prizes up for grabs. Music after is with Brian Power and a bar extension until 2am which is sure to entice a few. This is a huge fundraiser for the club and I cannot stress how important your support is. Please save the date guys....Saturday June 4th at Tallow Community Centre. 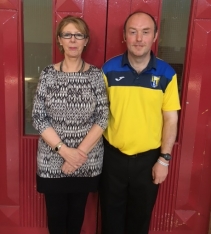 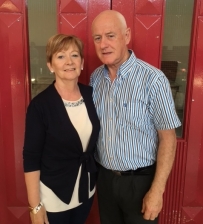 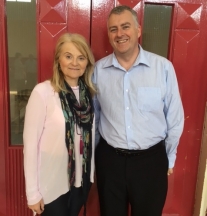 Tickets Waterford V Calre
Anyone wishing to purchase tickets for the Waterford v Clare game on June 5th can you please have your order in to Lindsay by this Friday 20th May. You can contact her on 058 56015 and leave a message.

Minor football
The minor footballers will play Kilrossanty this Thursday, May 19th in Tallow. Throw-in is at 7.30pm.

Communion
We wish all of the boys and girls in Scoil Mhuire, Tallow, the very best as they make their First Holy Communion this Saturday. We hope the sun shines for your special day.