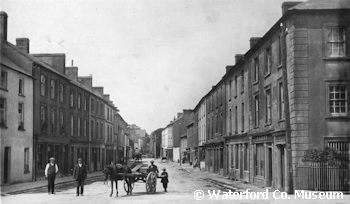 There has been a settlement at or near Tallow at least since the thirteenth century, although it is thought that there may have been an earlier, pre-Norman settlement near the site of the present town. The medieval town was destroyed by fire in the late sixteenth century, and was rebuilt by Sir Richard Boyle, Earl of Cork, in the early seventeenth century as an English plantation.

In 1613, the town received a Royal Charter by James I establishing the Borough of Tallow. The new town was, as it is today, cruciform in plan, and the market place was located at the crossroads.The town blossomed with the advent of various industries throughout its history, aided by its location adjacent to the River Bride, beginning with the establishment of the iron industry in 1608. This iron industry was a major factor in the growth of the town. The town continued to be an important industrial centre until the twentieth century, producing flour, coarse lace, ale and porter. This facilitated Tallow’s economic and physical expansion, and as a result most of the buildings date from this affluent period, c. 1780-1910. Development from the centre of the town outwards is progressively more modern, and includes several new housing developments as well as two council estates to the east of the town. 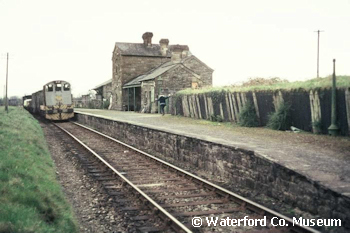 Presently the town has a wide range of retail services and community facilities, including 5 pubs, 2 Restaurants, 3 Hairdressers, a Guest-House, an Enterprise Centre, a Credit Union, a post office, Community Hall, Library, Veterinary Clinic, Pharmacy, Supermarkets, Retail Shops, a Hardware store, a Community Playschool and a local Community Primary School with over 100 students. There are a number of small industries located in different area of the town. The land around the town is predominantly agricultural, and its uses include tillage and grazing lands for livestock rearing. There are also a growing number of successful horse breeders in the surrounding area. The predominant land use within the town is for residential purposes.